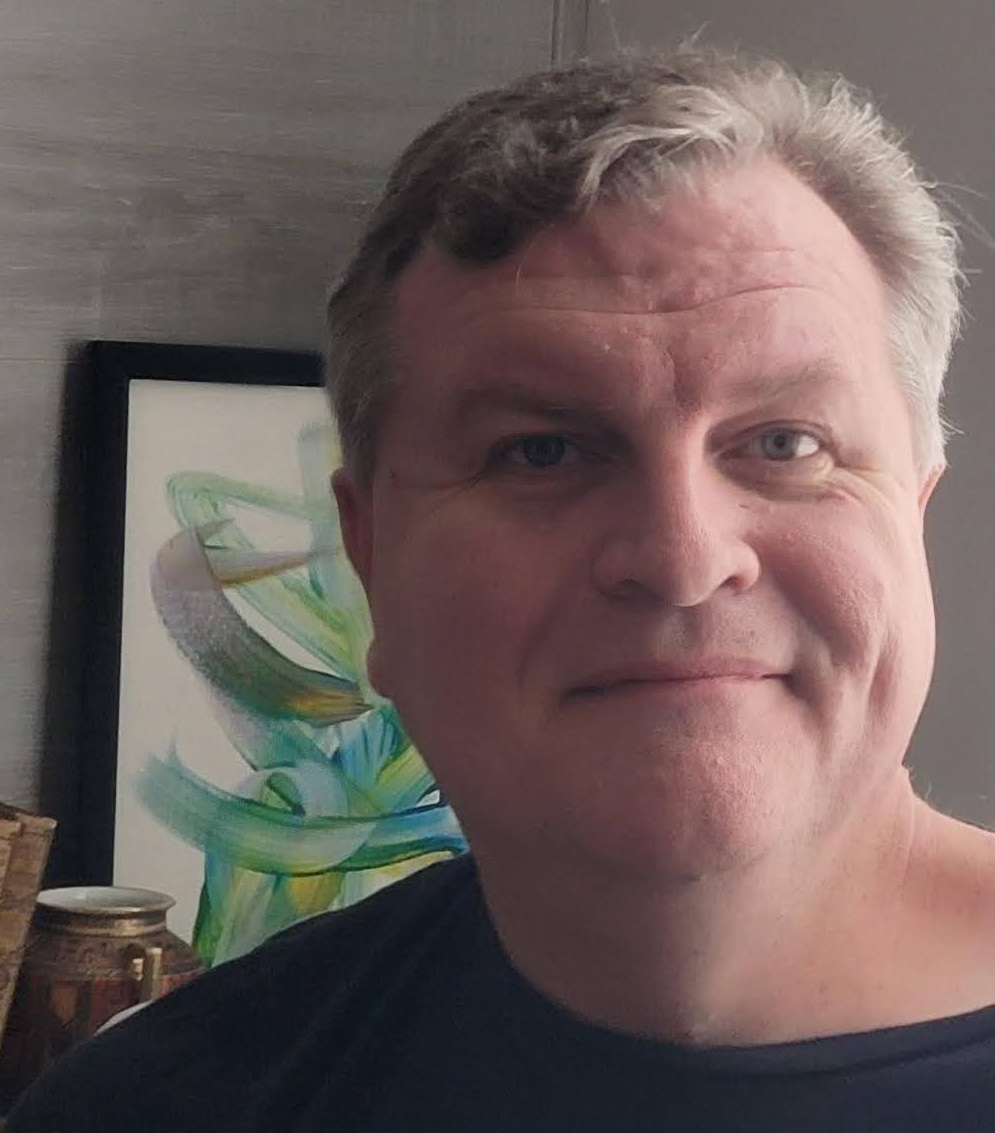 Charles has been serving as a UU congregational administrator for 14 years, beginning with Eliot Unitarian Chapel in Kirkwood, Missouri. Most recently he served the First Unitarian Church of Des Moines, Iowa. He also served several years on the Board of the AUUA – the Association of UU Administrators, and is currently serving on the Board of the Midwest UU Conference, which oversees charitable distributions from several endowed funds.

Charles lives in Woodland, California, with his partner and two daughters. They also share their house with four cats and a bearded dragon. 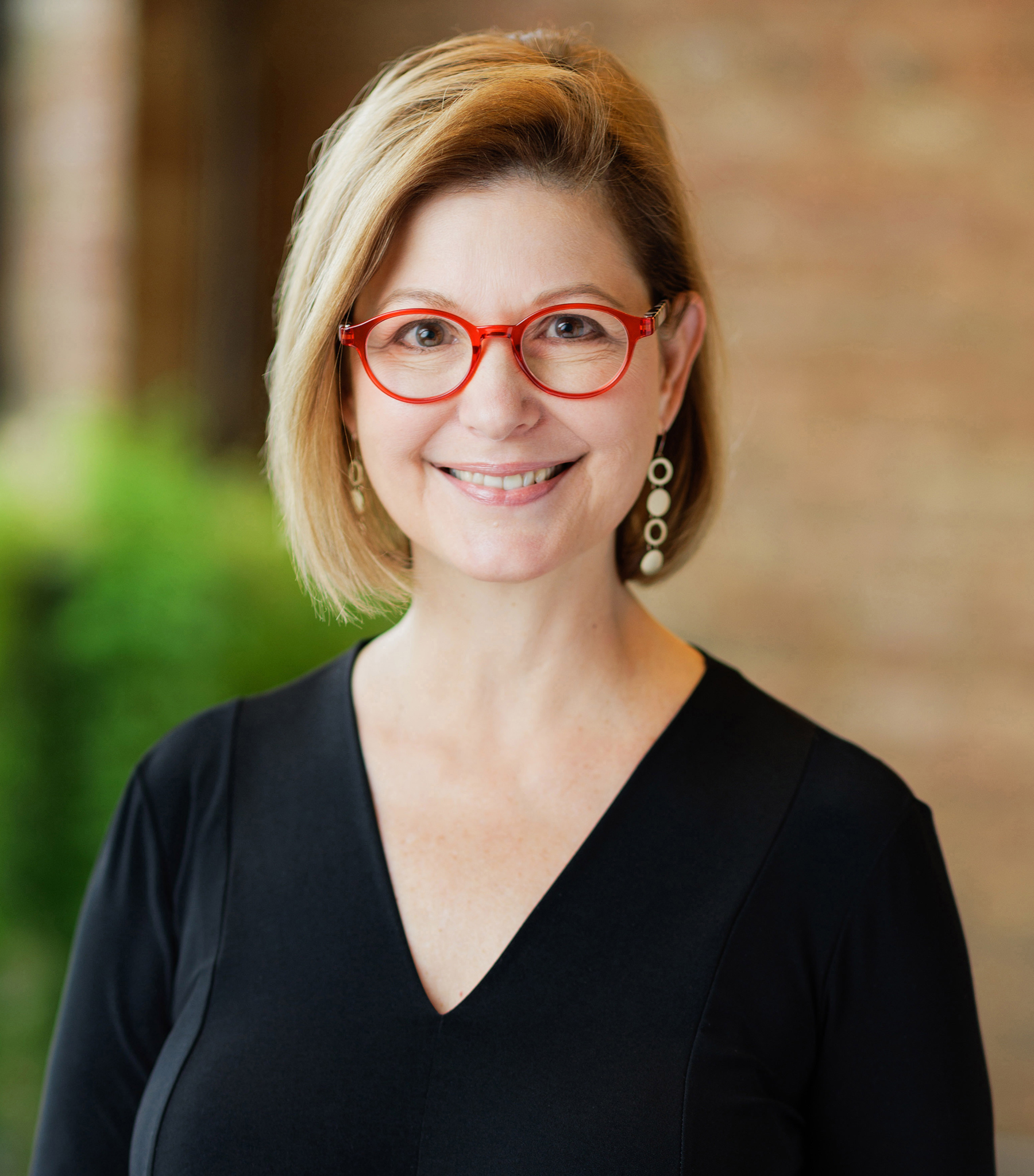 Tina serves as the full-time Director of Engagement & Membership and has been in this position since 2010. She is honored to work with a congregation dedicated to welcoming all and caring for one another. In addition to serving on the Executive Team, she and her support teams develop clear pathways for both newcomers and long-term members and friends to deepen their connections and sense of belonging at UTUUC. Over the past 8 years, Tina has also served in various leadership roles within the Unitarian Universalist Association of Membership Professionals (UUAMP). She is available to meet with anyone who would like to get involved with our community, or who simply have questions. 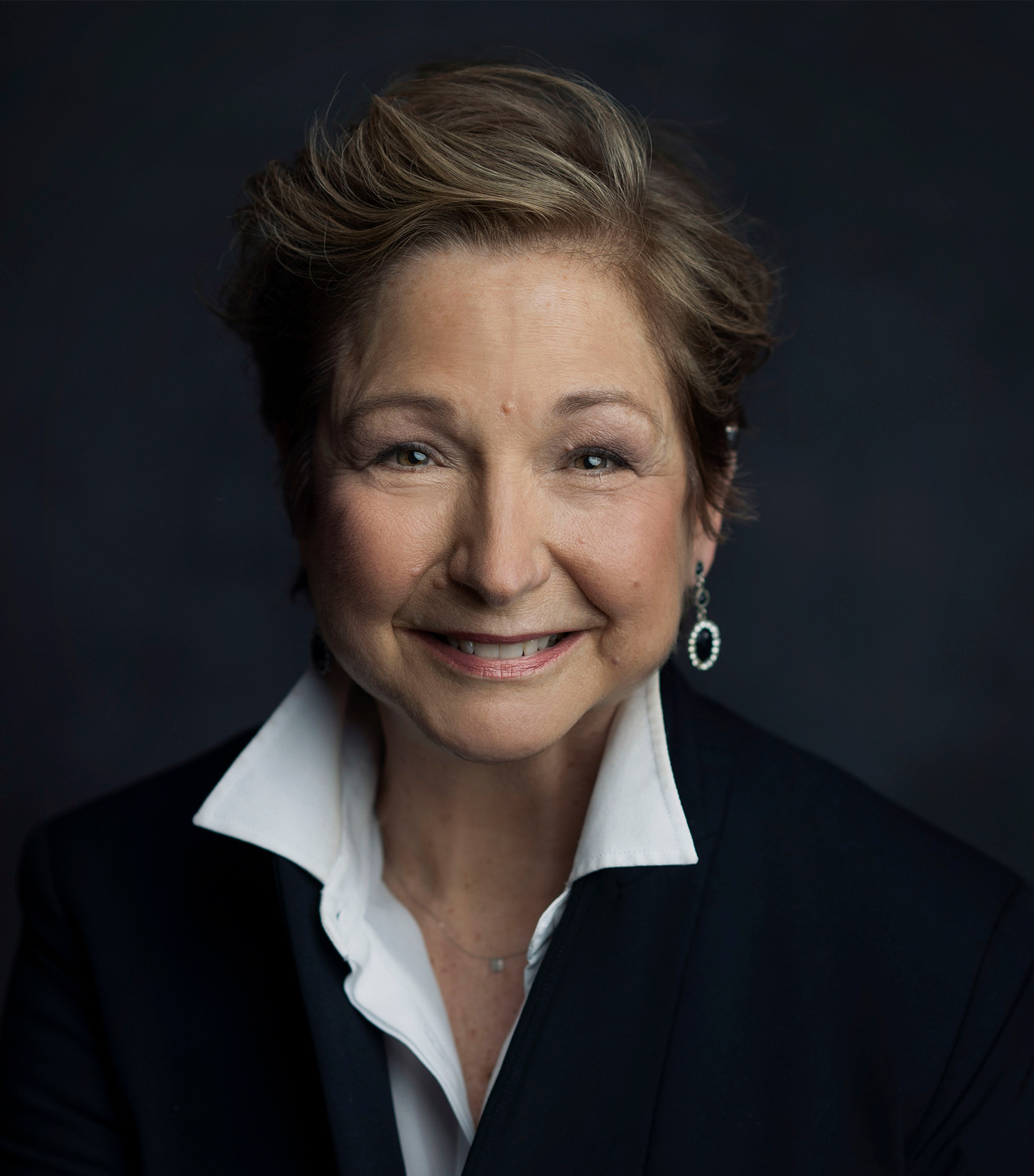 Conductor, voice teacher and artistic instigator, Marty Swisher believes music is a near miracle of communication between performers and audience and that nothing is quite so magical as the collective voice of a dedicated, unified chorus.

Previously, Marty served as principal conductor and music director of the Chicago Children’s Choir, Jubilate Children’s Chorus, the DePaul University Community Chorus, the Northwestern University Women’s Chorus and Les Petit Chanteurs in Léogane, Haiti. She has taught on the faculties of DePaul, Saint Xavier & Loyola Universities and the College of DuPage.

Marty is a sought-after clinician who has led workshops in conducting, score preparation, rehearsal planning and preparation strategies for many choral groups in the Chicago area, as well as the American Choral Directors Association, Association of Unitarian Universalist Music Ministries, National Association of Teachers of Singing. She has conducted, prepared choirs, and/or performed in 23 productions of the Gilbert & Sullivan Opera Company of Chicago.

Dedicated to the musical presence of Unity Temple in the wider community, Marty participates in the Community of Congregation services and faith community gathering performances. 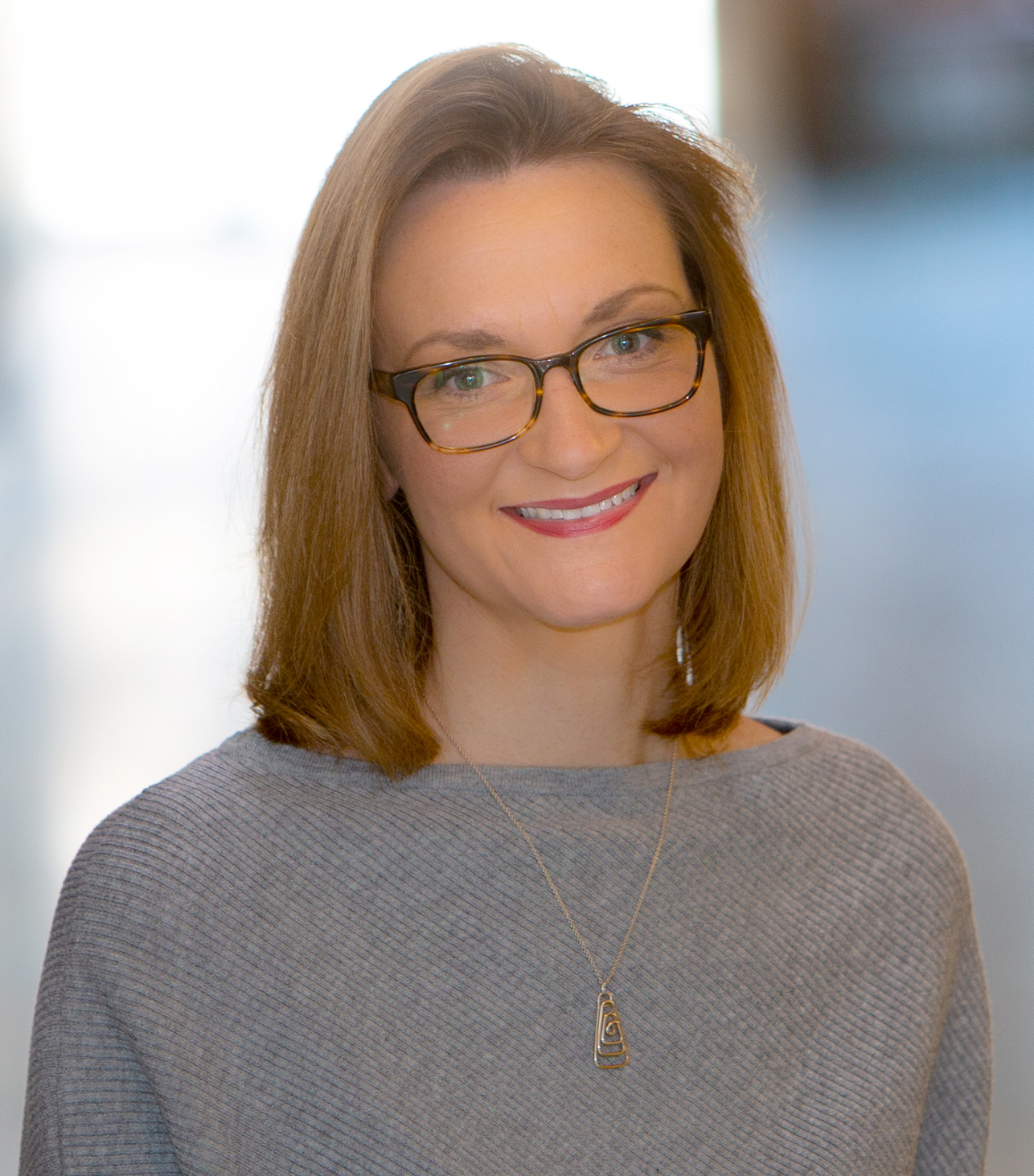 Val provides administrative and hands-on support for all areas of lifespan religious education programming at Unity Temple. Val brings strong organizational skills gained through her experience in management, as well as in caring for children as a nanny and a volunteer. As a volunteer, Val teaches OWL and has been a member of the Religious Education Committee since 2017. Prior to joining the staff at Unity Temple, Val worked as a nanny for a number of families. Before that, Val was the Bakery Team Leader for Whole Foods Market and Bakery Coordinator for Giant Eagle. Val and her husband Joshua have been members of Unity Temple Unitarian Universalist Congregation since 2011. They live in Oak Park with their two children. Outside of work, Val enjoys baking and spending time with her family. 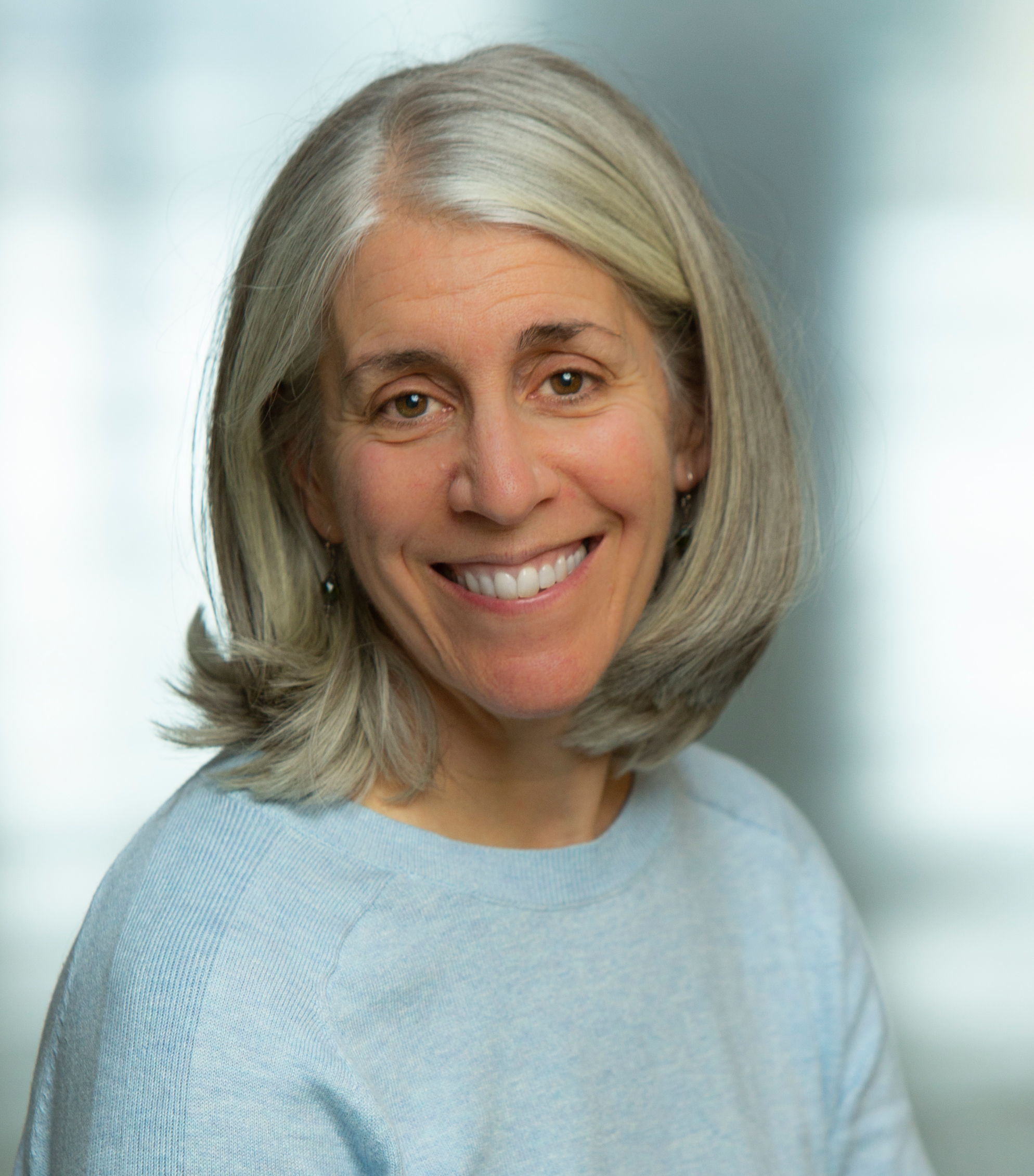 Jeanne has many years of experience working as a visual communicator within educational, scholarly, trade and not-for-profit publishing markets. She has her own studio where she creates award-winning designs in a wide range of formats. Her most recent focus in addition to design has been in sustainable agriculture. She has been cultivating her knowledge of local food systems and growing practices to gain a better understanding of how to impact positive change within this system. She is an urban orchardist, avid gardener and master food preservationist. 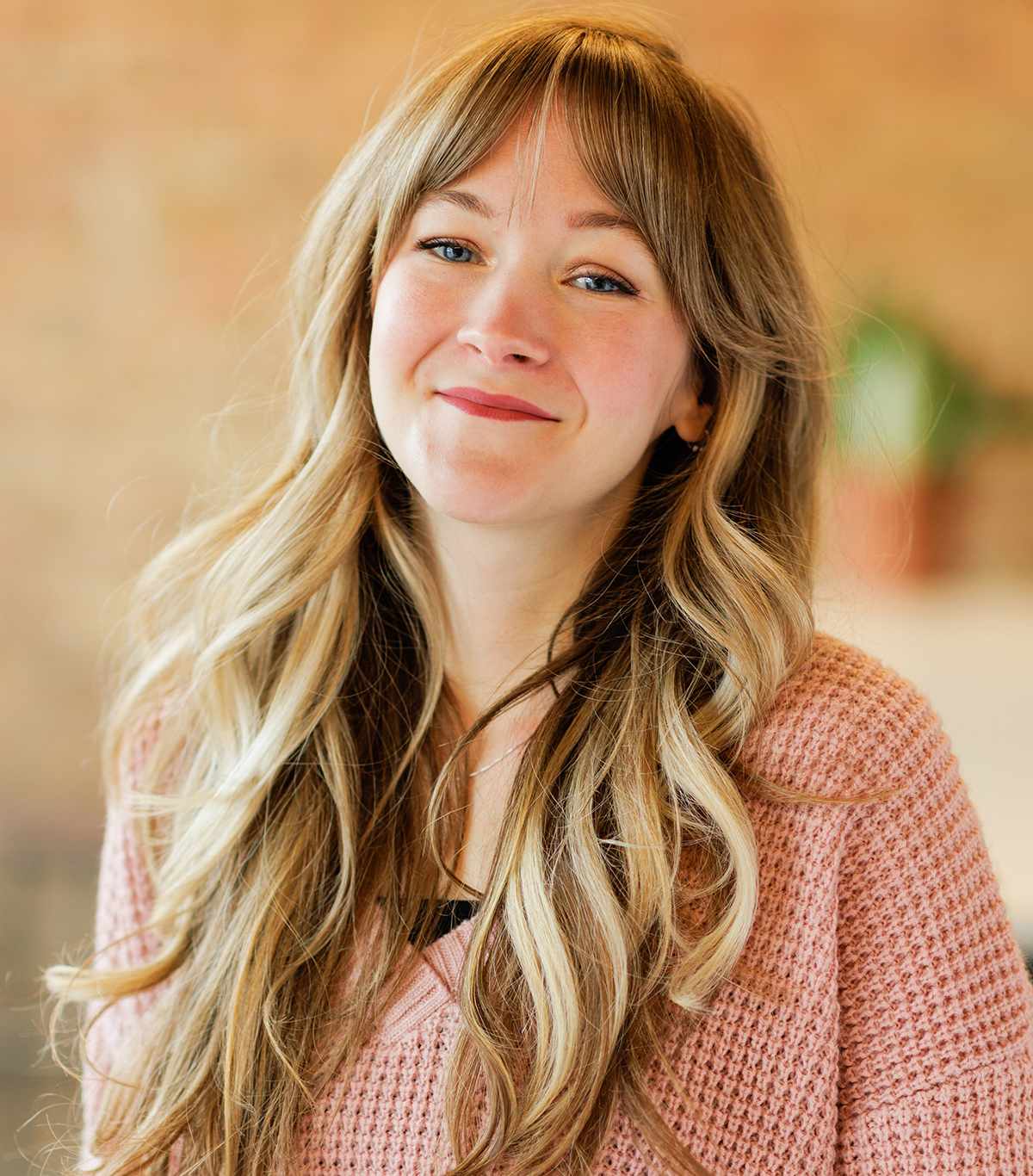 With a background in art, and studying for her degree in education, Ashley is excited to bring her talents to the team as the Office Assistant. She is passionate about community centered organizations, and is looking forward to being of service. In her free time, Ashley loves spending time with her daughter, whether it be cooking together, making art, or having outdoor adventures. She is also an avid reader, and feels very at home at the Oak Park Public Library. 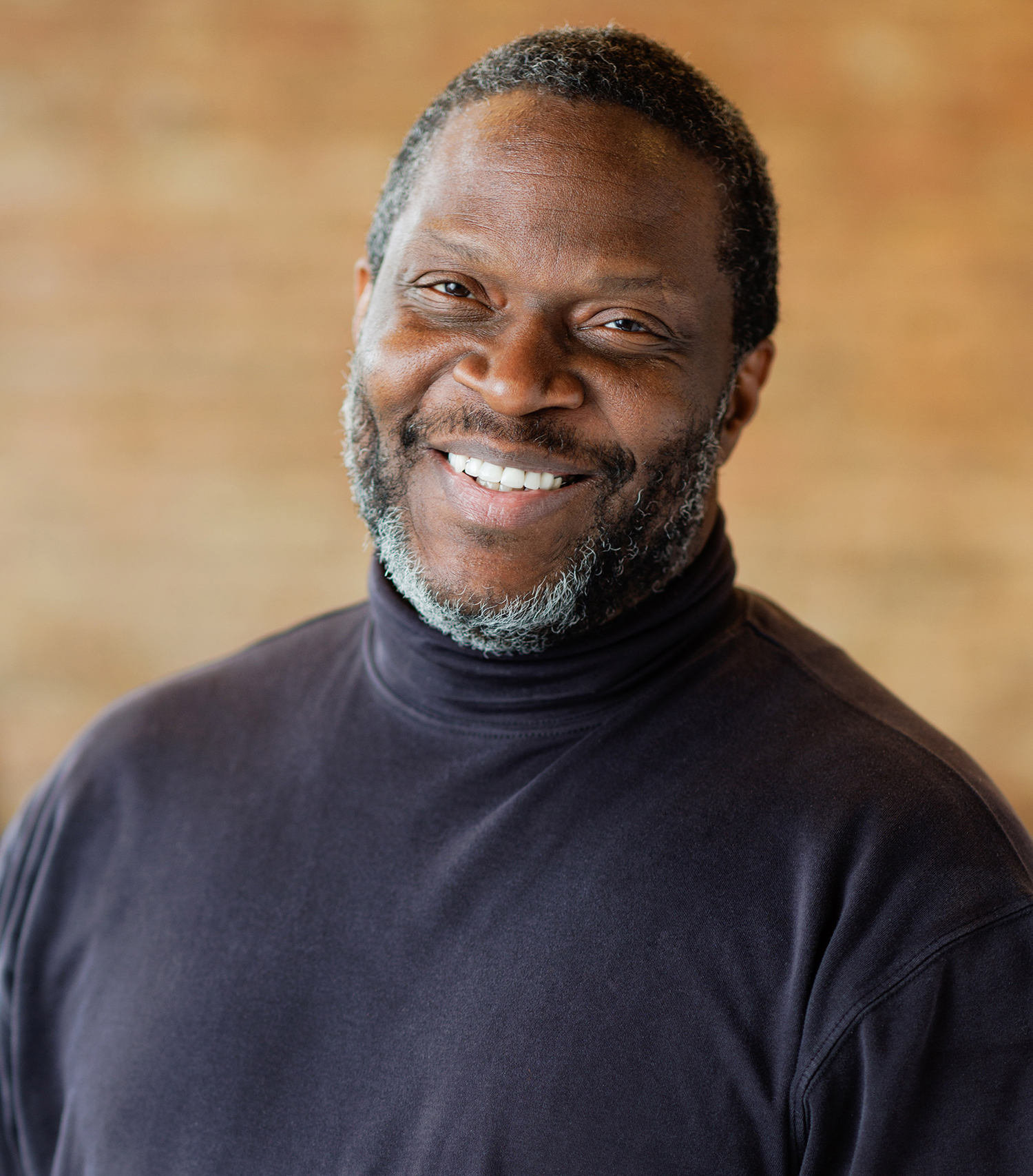 Michael Robinson is the Bookkeeper for UTUUC. He has been working in accounting and finance since 2004. He is a former resident of Oak Park and part of the OPRF class of ’91. He currently resides in the Village of Maywood with his lovely wife and three children. He loves music and is the Minister of Music at his local church. 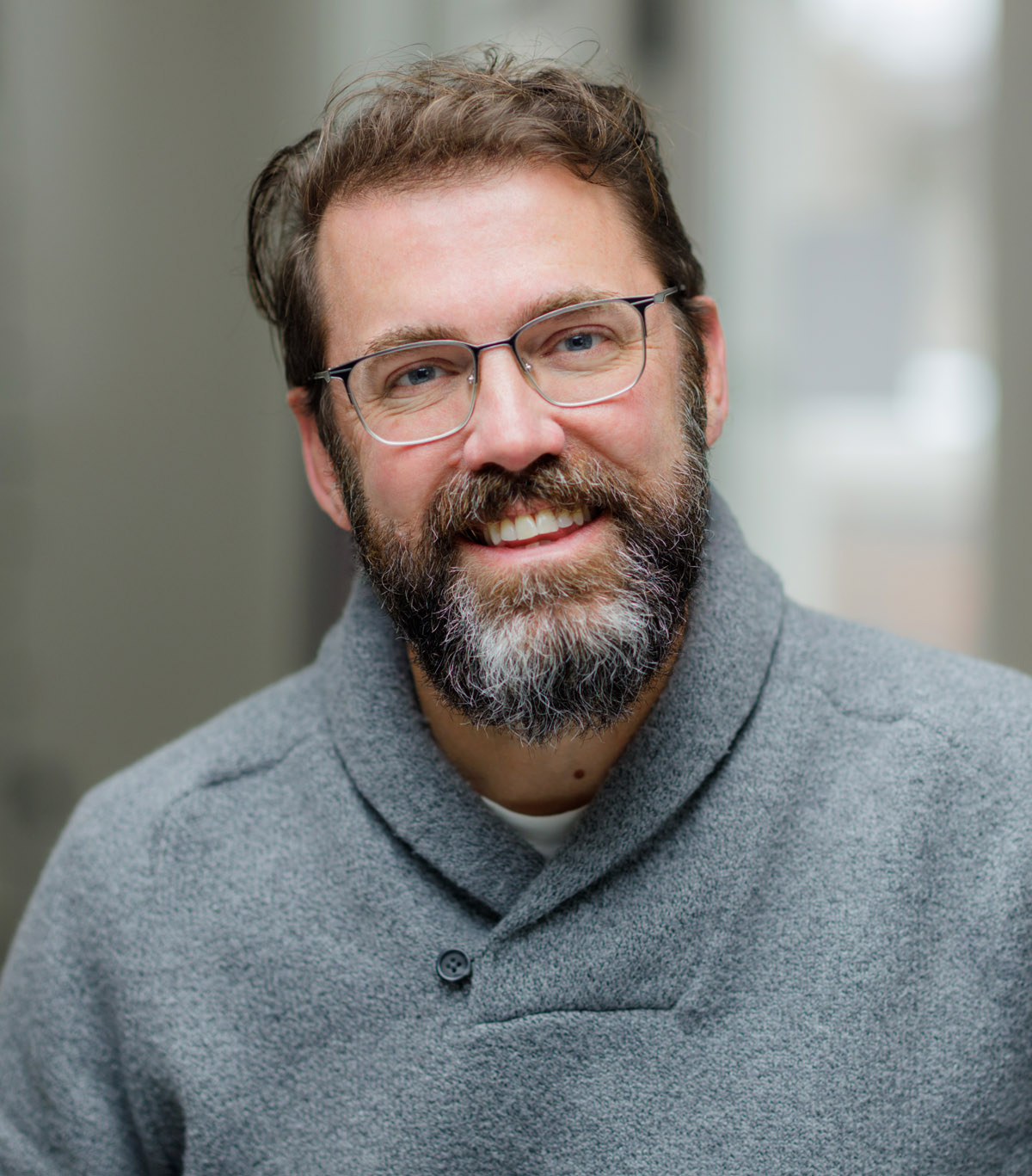 Brian joined the Unity Temple team in September of 2021 coordinating the live stream service production and taping. Prior to moving to Chicago in 2000, he worked at Willamette University in Oregon as a graphic designer, production artist, photographer and manager of student workers. He worked for several years designing and art directing before turning his attention to focusing full-time on his photography business which he currently owns and operates. His business specializes in a variety of subjects from photographing families, weddings, events and corporate work including videography and product photography.
Brian finds live streaming a wonderful combination of aesthetic and technical challenges. In his free time he hangs out with his wife and two kids, building LEGOs, drawing, playing tag, coaching soccer and settling sibling disputes. 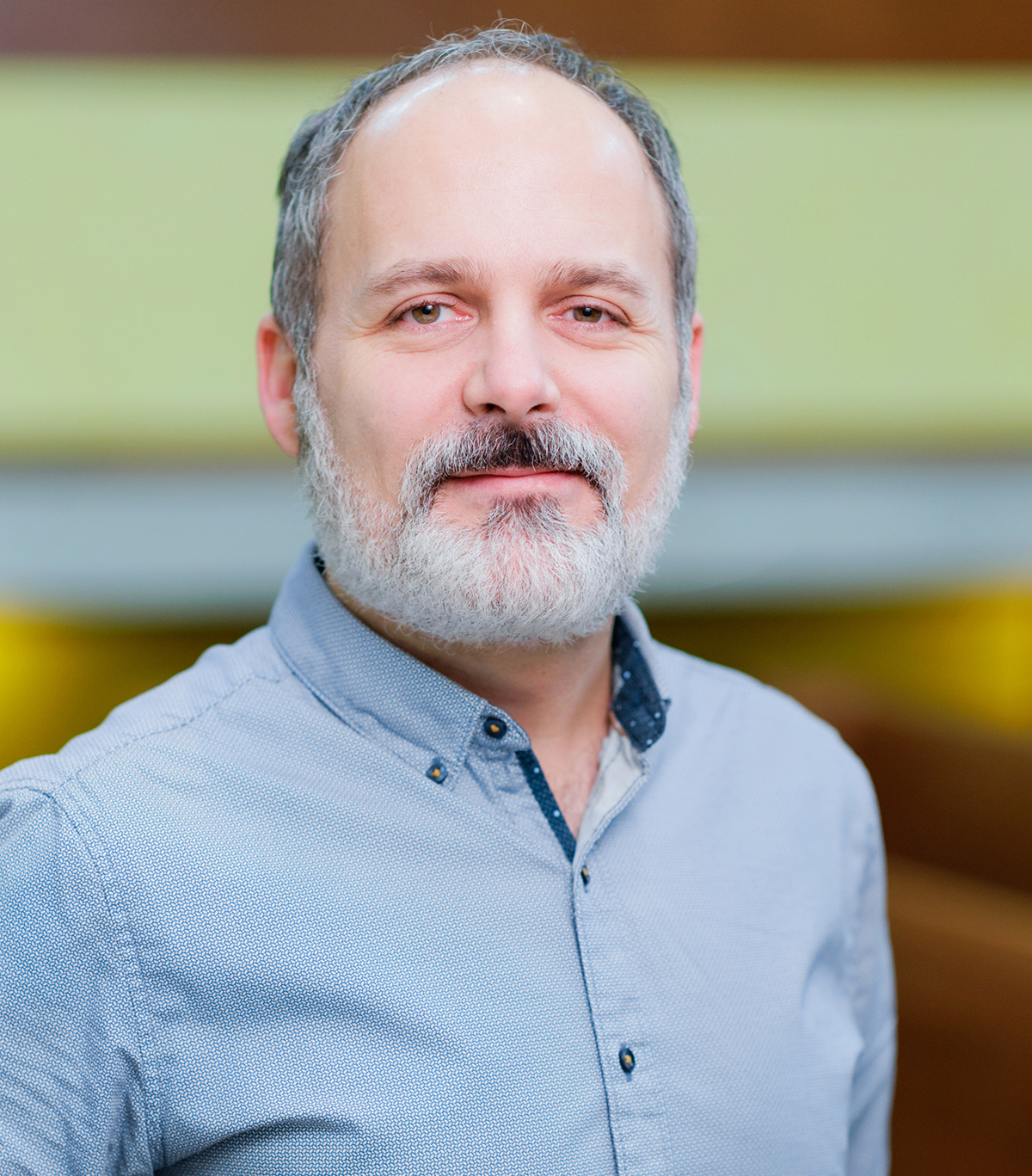 Peter joined the Unity Temple family in September 2009. A multi-instrumentalist and singer, he began studying piano at the age of 5. Peter earned a BA in English and Anthropology from Illinois Wesleyan University, where he performed in various musical ensembles and accompanied many classes, lessons, and recitals. He relocated to Chicago after university and established himself as a music director and sound designer, working with many equity and non-equity Chicago theaters and earning a Joseph Jefferson Equity Citation for Outstanding Sound Design. He has also built a reputation as a detailed transcriptionist, a skilled orchestrator and arranger, and a sensitive accompanist and interpreter of many musical styles. He creates music for performing artists and ensembles across the country and has toured with Irish tenor Michael Londra and conducted the orchestra on Michael’s Emmy-nominated PBS special, Beyond Celtic. Outside of music, Peter works as a System Analyst for a non-profit nursing organization and advocates for justice alongside his wife Juliana, whom he met at Unity Temple. 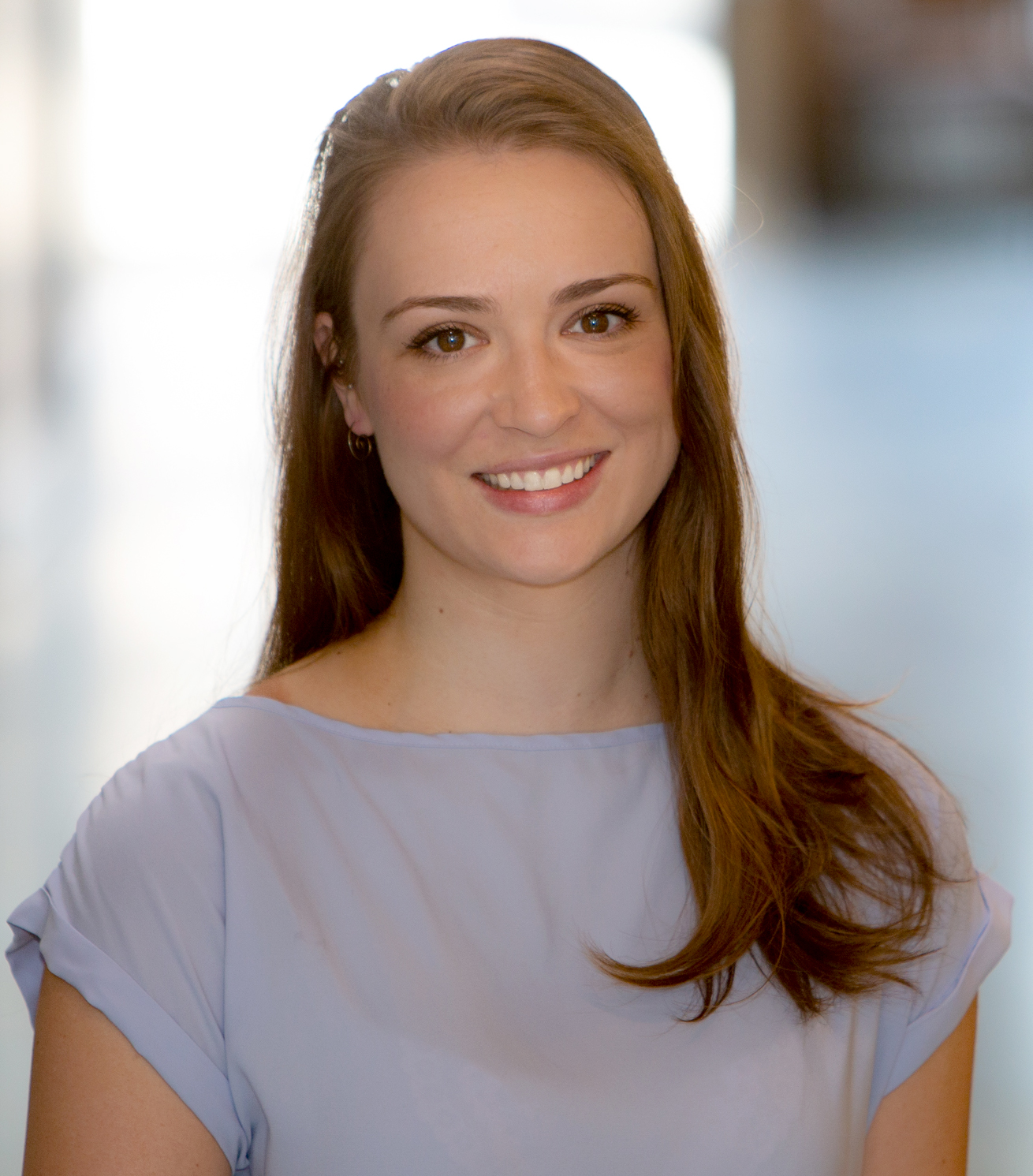 Justine coordinates the Youth Group activities for Unity Temple’s 10th-12th graders. She served as a volunteer Youth Advisor from 2013-2019 before joining the staff in 2019. As a life-long Unitarian Universalist, she knows first-hand the impact that youth ministry can have on a young person’s formative years. Justine has served in various UU volunteer and staff positions including the Unitarian Universalist Association Board of Trustees (2007-2011) and as student services staff at Meadville Lombard Theological School (2009-2014). Justine is a Chicago native and has a B.A. from DePaul University. She has worked in non-profit management and currently works in the food industry. She lives in the Pilsen neighborhood of Chicago and enjoys cooking, healthy eating and gardening. 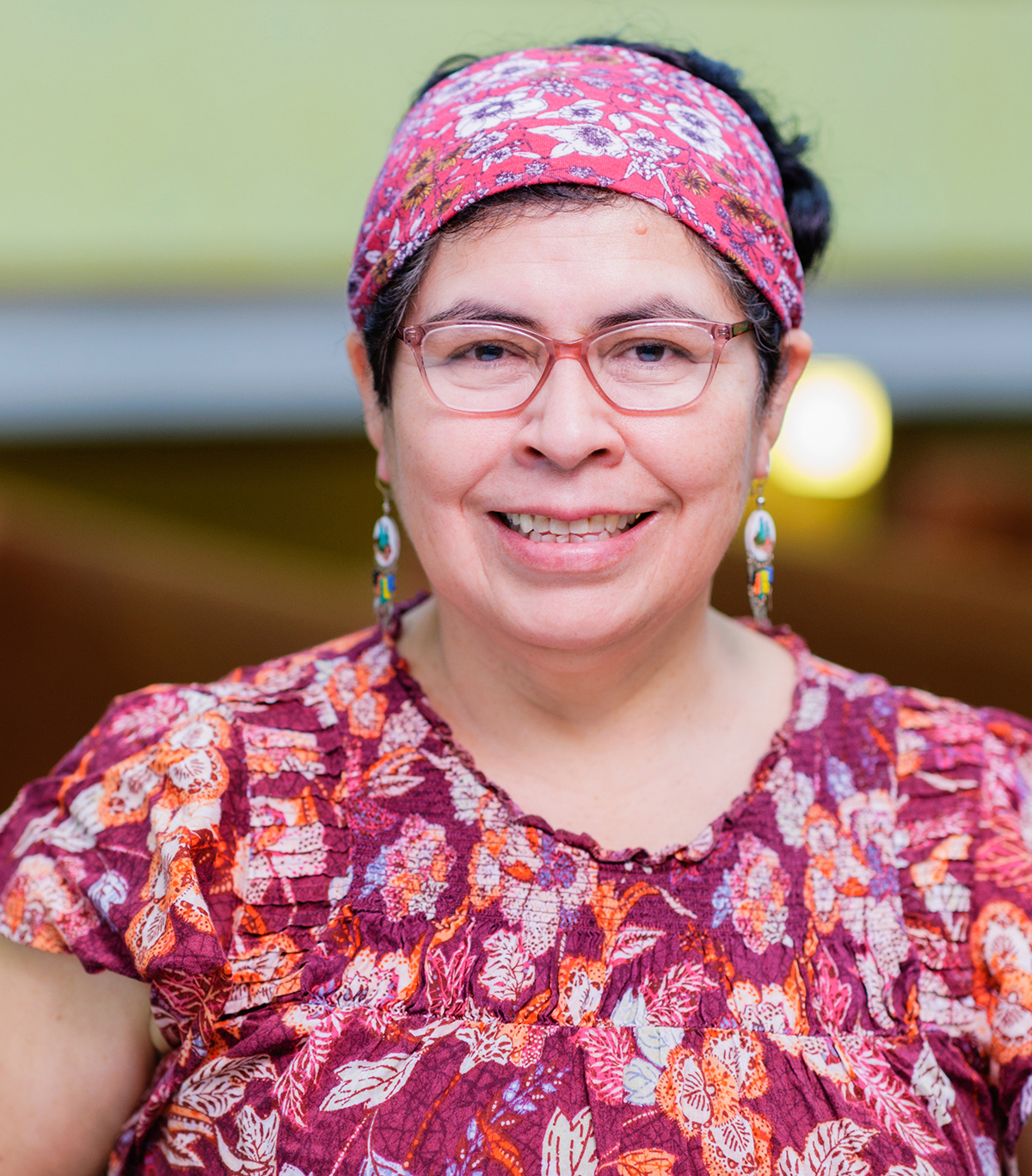 Kathy is our Preschool Coordinator on Sunday mornings. She is happy to communicate with the children and carry out many activities of art, music, reading, strengthening the sense of collaboration, respect and friendship between them.

Kathy has over 17 years of experience working with children, as a babysitter, an advocate for the Oak Park community, and most recently as a teaching assistant at Alcuin Montessori School. She was born in Peru and studied to be a folk-dance teacher. She volunteers at the Oak Park Library, the Morton Arboretum and the Interfaith Community for Detain Immigrant.

In her spare time, she likes to meditate and cook Peruvian food for her children. 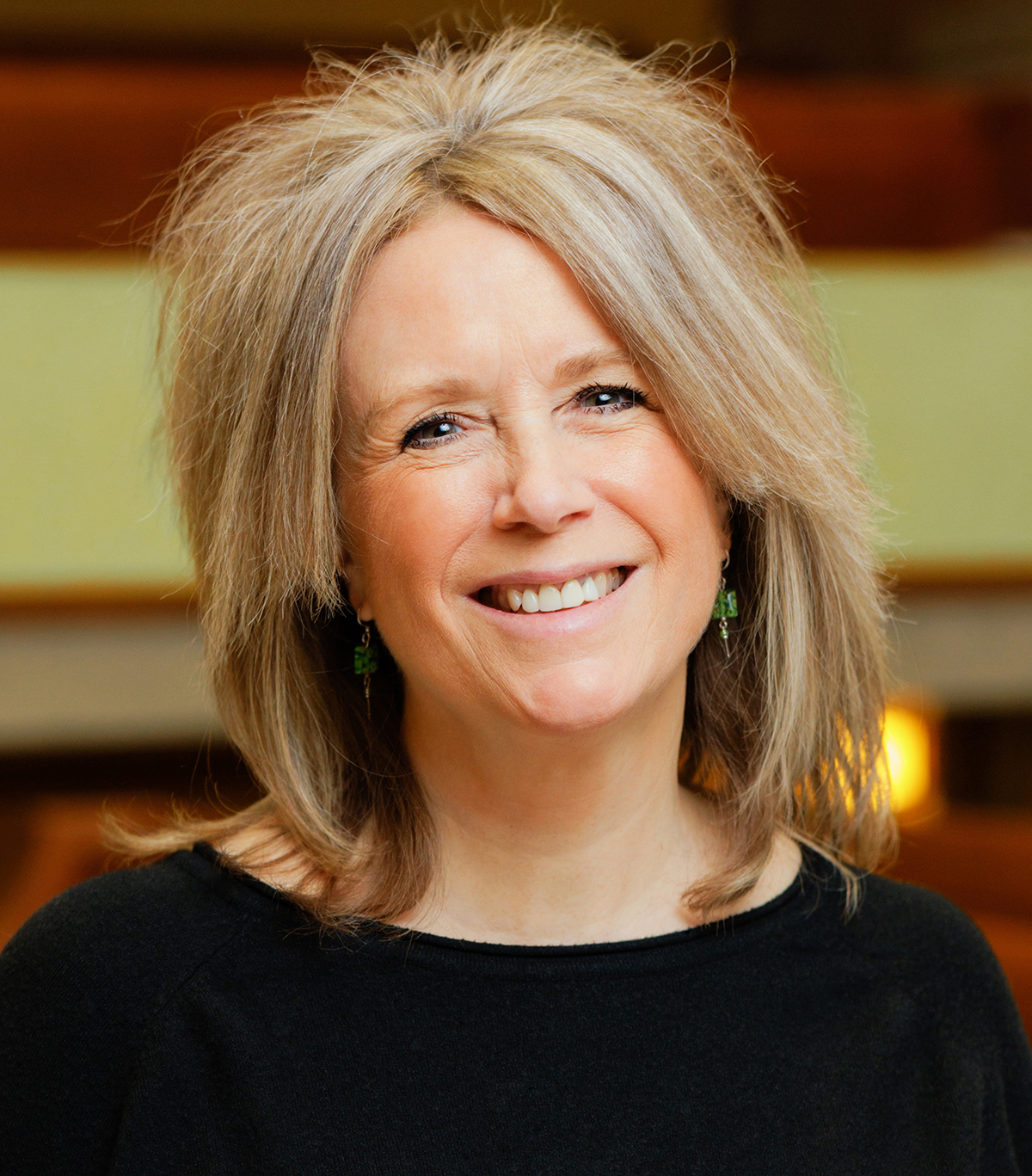 Linda has been teaching privately for 25 years. She has played saxophone and clarinet for many artists and Broadway shows in downtown Chicago and has led a band that played for weddings and corporate functions for 10 years. She is very active with music at Fair Oaks Presbyterian Church where she conducts three handbell choirs. She takes her work seriously and tries to have as much fun doing it as she can. She is excited to create music with the Unity Temple choir. 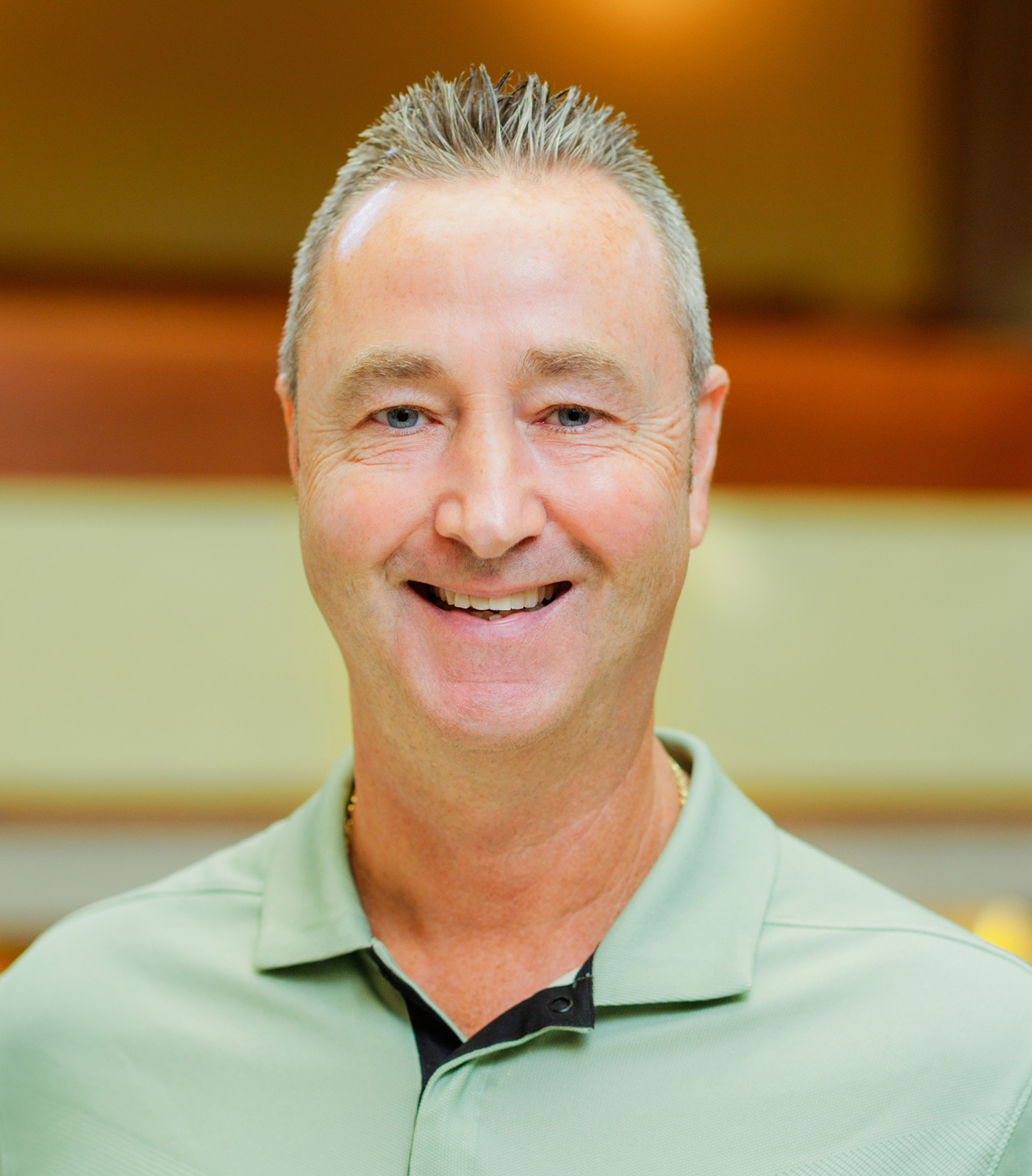 Sean is a retired Oak Park Police Sergeant. He has been working with UTUUC since 2018. Sean is interested in sports, yoga, travel and spending time with family. Fun fact about Sean is he works as a background actor on the set of Chicago P.D.