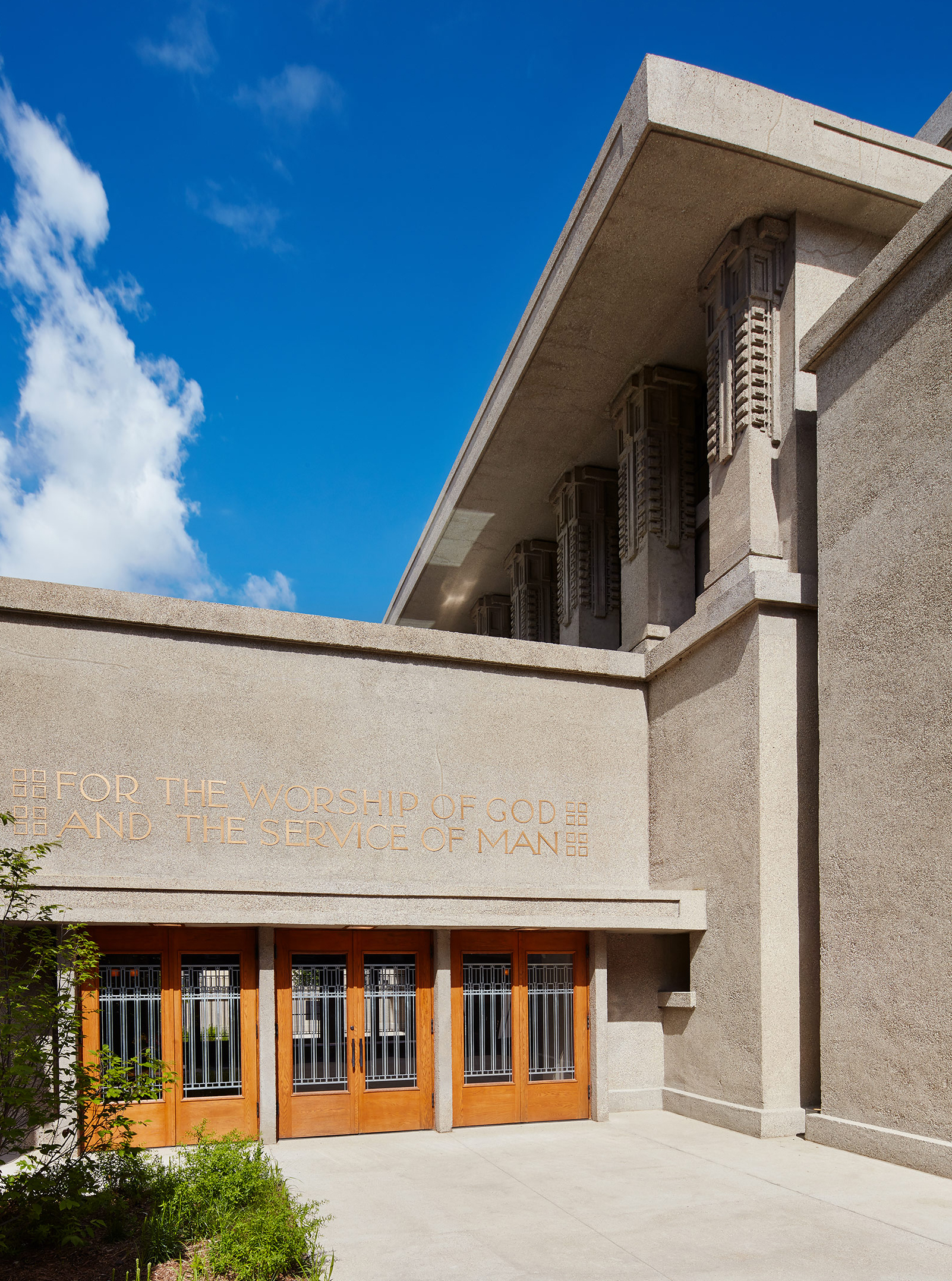 Unity Church, the predecessor to our Congregation, was founded on January 25, 1871. By August of 1872, the Congregation had constructed a traditional Gothic revival church building. The Congregation consisted of liberal-minded individuals who purposely remained free of institutional affiliation. From 1886 to 1891, Augusta Chapin, a multi-talented Universalist woman, served as Pastor. She was an old friend of Anna Jones Wright, the mother of world-renowned architect Frank Lloyd Wright.

Reverend Chapin resigned her position in 1891 and was replaced by Dr. Rodney Johonnot. Church attendance reached an all-time high, and the Sunday school attendance also had grown. Dr. Johonnot recommended the establishment of a new church building fund, which proved to be a prescient suggestion.

During the middle of the night of June 6, 1905, lightning struck the spire of the wood-framed Unitarian Church in Oak Park and by dawn, the church had burned to the ground. The following morning, Frank Lloyd Wright put himself forward to design a new church.

The concept Wright presented to the Congregation met stated needs and was, at least prior to construction, within their budget. It also broke nearly every existing rule and convention for American and European religious architecture, while laying the groundwork for modern buildings. Along with a revolutionary cubist design – with no steeple and no front entrance – Wright’s Unity Temple would use concrete in a daring way. The Temple would be among the first monumental buildings in the world to be built entirely of poured in place, exposed concrete. The honest and elegant exploitation of this seemingly base material at Unity Temple would become a hallmark of 20th century design.

As a Congregation without a home, the church members were eager to occupy its new building as soon as possible. The construction contract called for the building to be completed by November 15, 1906. In reality, over two and a half more years would elapse before the structure was substantially complete. The building was to cost no more than $40,000. The figure is put in context when considering that Unity Temple was surrounded by fine public buildings, including several churches, none which cost less than $65,000 and some that exceeded $100,000.

The bold design, an optimistic budget, unproven construction techniques, and Wright’s penchant for modifying his designs during construction, made for a challenging building process.

Finally, on September 26, 1909, more than four years after Unity Church burned to the ground, the new home of the Congregation was dedicated during Sunday services. Following the dedication, the Board of Trustees issued a resolution thanking Frank Lloyd Wright.

“We believe the building will long endure as a monument to his artistic genius and that, so long as it endures, it will stand forth as a masterpiece of art and architecture.”